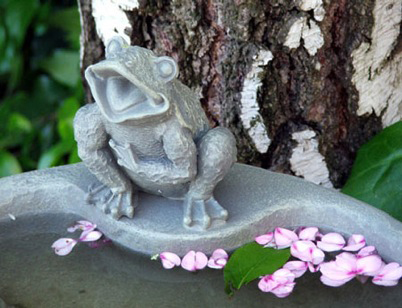 I can tell just by looking at you that you think the whole kiss-a-frog-and-it-becomes-a-prince thing is right up there with the Tooth Fairy and the Easter Bunny.  I’ll bet you’ve never even heard of the Order of the Royal Guardians.  That’s just great—you’re all I’ve got to count on for help.

Well, I suppose we need to get you squared away on the basics: a few centuries back, when countries were a thing to be boasted of, and rulers were determined by royal blood, there were plenty of kings and queens making lots of little princes and princesses.  I can only hope you have enough sense to understand that primogeniture created a good deal of strife among royal boys, and though you have no modern equivalent to the (literal) back-stabbing this caused, bitter sibling disputes over the wares of dead parents comes closest.

The fate of a nation often rested on the shoulders of princes, and because of this, the Order of the Royal Guardians was born.  (I see that look, but be clear, we are nothing like those drunken, bloody, whore-chasing Knights of the Round Table.)

At the moment a new prince was born, he was assigned a team of Royal Guardians whose task it was to protect the prince throughout the rest of his life at all cost.  Through disputes within the family and threats from the outside world, the Royal Guardians served their charges with absolute loyalty.  (Like the royal family, the members of the Order of the Royal Guardians are born into their positions.  Thus, the team of Guardians assigned to a prince would be direct descendants of those who had been tasked to protect the king when he was but a prince himself.)

The ways of the world began to change, and as that happened, fewer and fewer monarchies survived.  Once proud countries—countries steeped in familial history—were toppled and replaced by a variety of alternate governments.  By the time your father’s grandfather was born, real royal blood had been so thinned that protecting the lives of the remaining princes became a task of even greater necessity.

I have said that the task of each prince’s team of Royal Guardians is to protect their charge at all cost, but you will not be aware that Royal Guardians must take two oaths upon their being assigned to their prince.  The first oath is an oath of loyalty, but the second oath is one prohibiting any Royal Guardian from causing harm to another living being—even to save the life of his prince.

I see you doubt my story now more than ever, but I pray I can convince you of its truth.

Royal Guardians are inherently smart, and they have an uncanny ability to convince others to do as they wish.  These two traits, along with their quick-thinking skills provide ample means for the Guardian to solve all but the most dreadful of situations without resorting to violence or to bloodshed.

On those rare occasions when it appears there is no hope, there is the fail-safe.  If a Guardian fears his prince’s life is going to be lost, the fail-safe allows the Guardian to change places with his prince.  With little more than a thought, the Guardian assumes the appearance of the prince and is transported from his location to that of his charge—this works as long as the prince and his Guardian are within eyesight of one another.

Obviously, the fail-safe would be of little use if the prince were merely to assume the appearance of the Guardian and be transported to the Guardian’s position: the prince could still be in grave danger if an enemy knew what he was doing.

The prince is indeed transported, but he is transported back to the grounds of his home, and for his safety, he is disguised.  To ensure as few princes as possible are lost in the process, it was decided by the Order of the Royal Guardians that transported princes reappear as frogs.  (In this way, even if the Guardian who activated the fail-safe perishes, the rest of his team has a general idea of what they are looking for, and as a species, frogs are reasonably safe and go reasonably unnoticed.)  Because the grounds of a kingdom vary, so do the types of prince-to-frog transformations: princes may be morphed into real or decorative frogs upon the Guardian’s triggering the fail-safe.  (What form of frog the prince takes is determined by the Guardian and is based on his knowledge of his prince’s home.)

Over the course of time, a number of princes have been temporarily misplaced after a fail-safe activation.  (To date, no missing prince has been officially deemed lost, but some fail-safe activations have led to a prince being missing for several decades.)

It is the task of the misplaced prince’s remaining Royal Guardians to seek out their prince wherever he might be, and so, you have found me here, looking in yet another corner of another garden in hopes I might find my charge.

All that I have left to tell you is this: as the last line of a prince’s defense, the fail-safe has a built-in fail-safe.  To ensure no Guardian ever be forced to reveal his prince, the frog must be released by someone outside of the royal family and the Order.

And so, I beg you for your assistance, for I am convinced the frog that you see is in fact my prince, and only you can help free him with a kiss.

“The Frog Prince” story and image are © Shawn Hansen

How to Write, Publish & Profit with Kindle Kids' Books 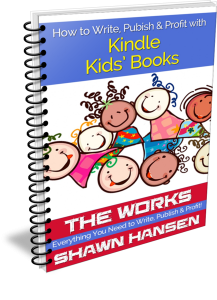 Go from idea to published story in just one week, and start building your Kids' Book Empire today!

From planning your project to choosing the best publishing platform and getting the most from each sale, I'll show you how to successfully Write, Publish & Profit.


Fiction or Nonfiction – Get Started Below!